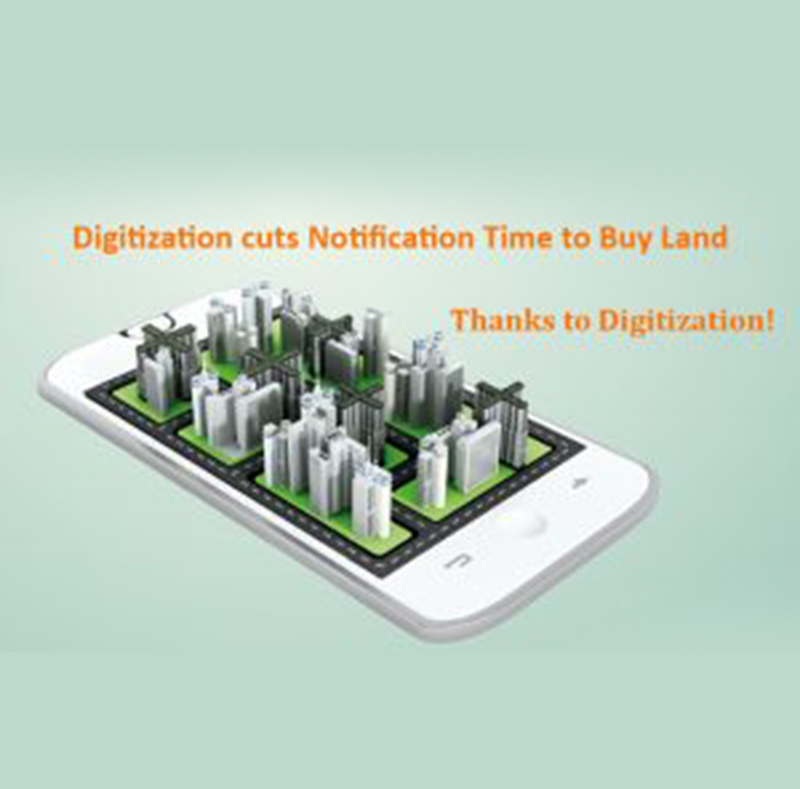 The Bhoomirashi system launched in April has digitized the land procurement procedure completely. Highway ministry issues notification stating to have acquired more than 26,000 hectares till January. This is a whopping number and exceeds manifold to the figure acquired in the entire 2017-18 which was just 10.000. Affordable Housing In Haryana.

NEW DELHI: Earlier, the time taken for notification for land acquisition was very long, nearing to around 3-4 months. However, with the flourish of digitization in several spheres, this time has been significantly reduced. The Digitization of land records coupled with online processes has reduced this time period to just two days.

After this, the railways has also taken a step forward to join the faster land acquisition platform. For accelerated progress in acquiring the land for laying tracks and creating infrastructure, progress, The Dedicated Freight Corridor Corporation (DFCC) under the railway ministry will follow a similar model.

Several states like Punjab, Odisha, and Puducherry along with few oil PSUs have been seen to be enthusiastic towards the module that will shorten the duration for land acquisition. Under the BhoomiRashi portal, land details of 724 districts, 6,494 sub-districts (tehsil/ taluka) and 6,57,424 villages are being collected.

As a result of this, more than 2,500 notifications were issued in just 10 months. This is a significant increase as compared to the general trend of NHAI and the ministry issuing which sums up to be 1000 notifications annually. On this, highway ministry official also said, “Faster land acquisition is key to start the construction work. Non-availability of land has been the principal reason behind delay and cost overrun,”

Leena Nandan, additional secretary (highways), expressed her views about the matter to TOI as stated: “Nearly 7,491 hectares were acquired by NHAI in 2016-17 and another 9,494 hectares were acquired in 2017-18. As against around 1,000 land acquisition notifications last year, there is more than 100% increase in their numbers to accelerate the process,”

According to the officials, several governmental agencies should leverage the benefit of “BhoomiRashi” development by the National Information Center (NIC) in order to fasten their processes.

Physical notifications were more time-consuming. Also, the chances of mistakes in the particulars of the owner and land were also high and correcting them was further time-consuming. The online system has fixed this issue to a great extent.

“Now everything is done online and there is no chance of mistakes as the digital database has details of the land and owners,” said Mansoorul Haque, technical director of NIC at the transport ministry.