Gurgaon: the ocean of affordable housing and how to choose yours? 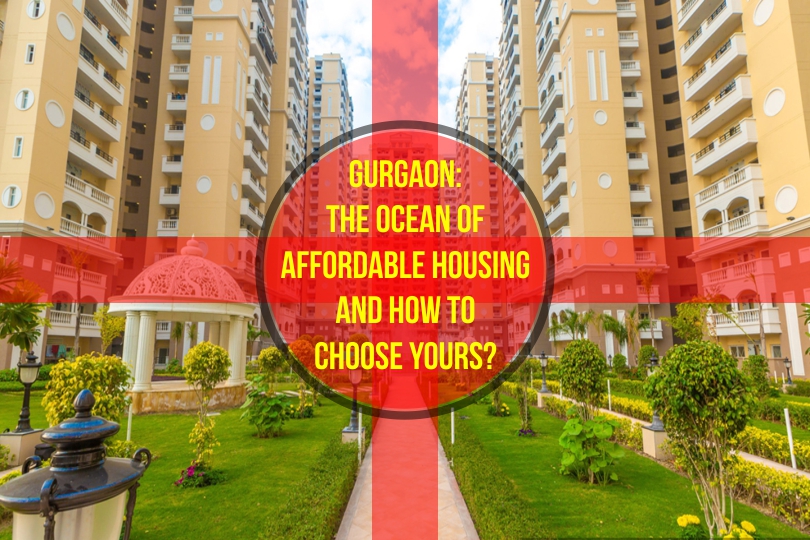 The growth in the city of Gurugram is now higher than ever for both residential as well as corporate sectors. New prospects and blooming opportunities are shifting the attention of homebuyers and investors into buying  affordable homes in Gurugram

Here is your introduction to Affordable housing projects and tips to choose one for yourself and ask these questions before buying or investing in:

With an increase in the overall population gradually, the Government of India is continuously flourishing to achieve its goals in providing the best housing prospects to every citizen regardless of their money or any sort of financial background. Hence, affordable projects in Gurugram are on a gradual rise and are catching up with stability in the Indian market due to a wide range of options and reasonable cost rates.

Recently, Gurugram has boosted up its demand in commercial sectors and has become one of the major commercial hubs in India consisting of MNCs and real-estate as Haryana Urban Development Authority (HUDA) was welcomed to play the role of affordable housing in Gurgaon.

The PMAY (Pradhan Mantri Awas Yojna) had pledged to collaborate and construct around a 2 crore house by the end of the year 2022. Nevertheless, the Indian government has already had several representatives at a distance as construction of 2 crore homes in such a short span is not a piece of cake.

In the city of Gurugram, the construction projects are mainly supervised under HUDA (Huda Affordable housing Project). The HUDA is an organization established to look after the progress on construction sites of the assignments in Gurugram. They are perhaps the managers of the evolution who look over to obtain the best output consistent and trustworthy for every citizen of this country.

Choosing your own home can give you a bit of trouble if you’re someone who gets anxious pretty quickly. Here are a couple of points you can consider before choosing.

You must always prefer to buy properties that are entirely based on government or legal terms of paperwork. There are various shading projects under “Affordable Housing Projects in Gurgaon”. But the true ones should catch your eye.

Even if you’re hunting for options to purchase  affordable housing in Gurugram, it is always preferred to hunt for residential properties near commercial zones. This makes it easier to promotable for future ventures involving buying and selling or if you plan to shift to another location in the near future.

There are only a few options left under affordable housing in Gurgaon that simultaneously offer commercial projects as well. One such example is The Ultimus by MRG World which is attached to the commercial destination of Bazaar 90. This project also happens to offer half an Olympic-sized swimming pool to its residents.

Housing prospects are climbing up in the Corporate Hub of India namely, Gurgaon. Through the latest expansion in the city and swelling employment opportunities in MNCs, Gurgaon is also hopping near being the city of real estate development.

Therefore, before investing in an  affordable housing project in Gurgaon always keep the lawful phrasebook at your side for vibrant communication.